Our experienced solicitors specialise in the following areas of law:

The Insolvency and Restructuring team at NDP is headed by Sukhbir Mall and Neil Davies. At the core of most business problems relating to insolvency and restructuring is a financial difficulty or financial consequence. We can help. No hole is too deep for us to make a difference. There are always options and solutions to consider. The earlier advice is taken, the greater the options that are available to you. Click here to find out more about our work in solving Insolvency and Restructuring Problems, or contact us.

The Insolvency and Litigation team at NDP act both for and against Insolvency Practitioners.  We believe that gives us a competitive edge. Our solicitors know what the opponent wants and how best to achieve desired outcomes for our clients. Click here to see more about our work in solving Insolvency Litigation Problems, or contact us.

NDP’s Solicitors are experienced in all matters involving commercial litigation and debt recovery. Wherever possible we will help you avoid litigation and the disruption and costs that this can involve. Headed up by Sukhbir Mall, this area is one of genuine specialism, and one where without the necessary experience, a huge amount of detail can be missed or overlooked. Click here for more about our work in solving Commercial Litigation and Debt Recovery problems, or contact us.

The NDP Team is headed by David Hanman, a Solicitor with an enviable reputation and over 25 years experience of defending clients faced with regulatory problems. David lectures regularly to the Police and special interest groups such as Accountants on regulatory issues. Click here to see more about our work in solving Regulatory Dispute Problems, or contact us.

The NDP Team, headed by Neil Davies, has extensive construction project finance and claims knowledge experience both in private practice and as in-house counsel. Click here to find out more about our work in solving Construction Dispute Problems, or contact us. 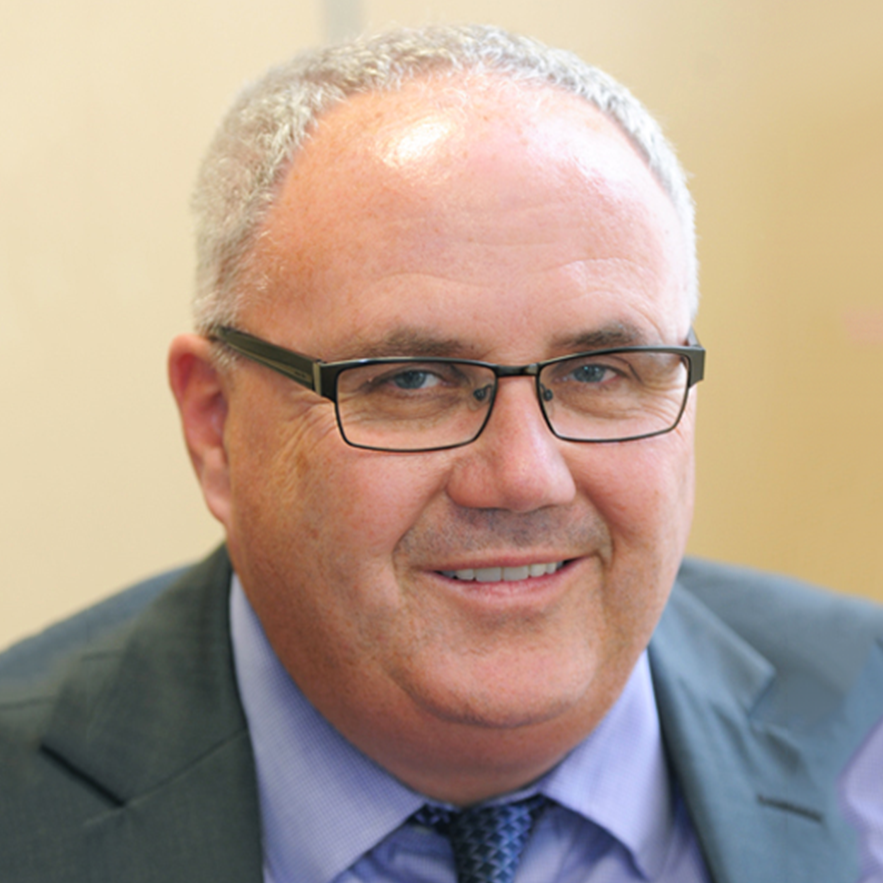 Neil Davies qualified as a Solicitor in 1987. He was a founding member of NDP back in 2007, along with his co-Director, Sukhbir Mall. Neil was shortlisted in the category of Partner of the year by the Birmingham Law Society at their prestigious awards dinner in 2017.

Neil and the Team at NDP recognise that people deal with people and that clients need to be confident in us and have trust in us, before they commit to allowing us in.

Neil has Insolvency work in his DNA. It’s what gets him out of bed each day. He is a member of the Insolvency Lawyers Association He has practised in the fields of Insolvency, Restructuring, Commercial Litigation, Debt Recovery, Director Disqualification and Regulatory matters (to include in particular HMRC Disputes) throughout his 30+ year career. He has many reported cases across these disciplines.

Neil and the NDP Team strive to and regularly achieve the objectives of its clients, in dealing with disputes involving claims by BEIS, the Insolvency Service, HMRC, Liquidators and others.

For the last 17 years, Neil has returned to his roots, advising Directors faced with Director Disqualification problems and Misfeasance claims against them from company Liquidators. He is one of the country’s leading Solicitors in these specialist fields.

Neil is contagiously passionate about NDP and the wellbeing of its clients. Identifying the best outcomes for the clients and achieving them is what makes him tick.

When not at work, Neil enjoys swimming and walking, particularly beach and cliff walking in North Wales with Mac the Spaniel, also known as NDP's Stress Relief Officer.

He is a keen follower of most sports, particularly football, rugby and cricket.   His Achilles heel is his incurable addiction to Aston Villa, about which he can (and does) bore for England! 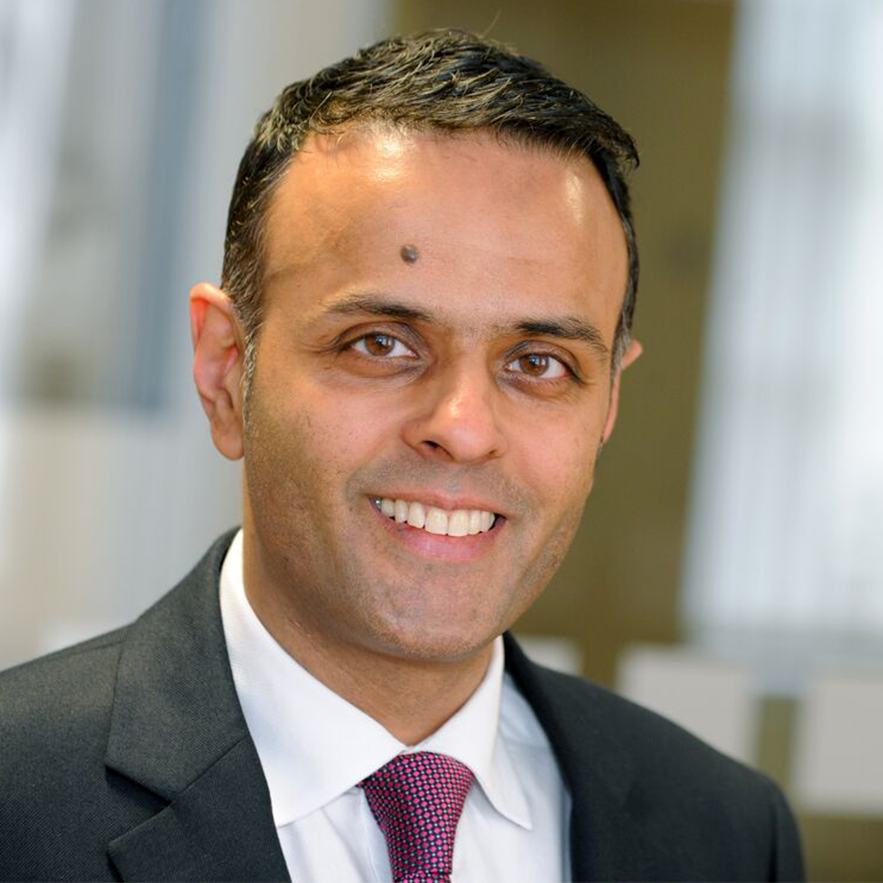 Sukhbir began his career working in the Press Office and in the Internal Audit Department at the Lord Chancellor’s Department now known as The Ministry of Justice. Sukhbir qualified as a solicitor at Moon Beever, a niche practice specialising in Insolvency and litigation in London in 2001. He remained at Moon Beever until 2003.

He moved back to his roots in Birmingham to take up a position as an investigator with the Director Disqualification unit at the Insolvency Service, targeting directors of failed Company’s and preparing evidence on behalf of the Secretary of State for Business Innovation and Skills seeking disqualification orders against directors.

Sukhbir moved to a niche law firm in Central Birmingham in 2004 working in the Corporate Recovery Department and in 2007 set up NDP&nbsp;with his co-director, Neil Davies.

Sukhbir has become particularly known for dealing with asset and debt recovery matters, insolvency advice, insolvency disputes and antecedent transaction related work as well as advising directors finding themselves on the wrong end of claims by liquidators and directors facing disqualification proceedings.

In addition to acting for individuals and company directors, Sukhbir provides advice on insolvency related matters to clients including insolvency practitioners and trade creditors. Sukhbir also has fifteen years’ broad experience in matters relating to partnership disputes, enquiries and claims by trustees in bankruptcy, the Official Receiver, the Insolvency Service, liquidators and Urgent relief, court applications, injunctions and freezing orders. He remains committed to his clients and his work.

Away from work Sukhbir enjoys live music, the arts, cooking, reading, travel and spending time with family and friends. To add balance, Sukhbir follows the fortunes of Aston Villa. 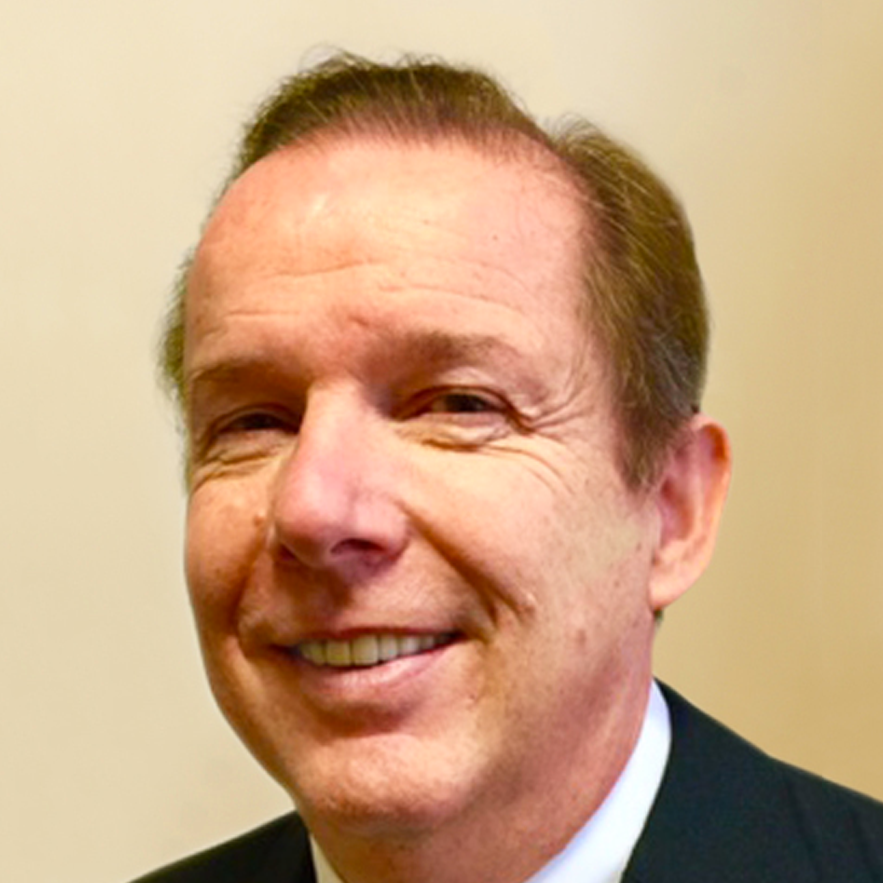 David is a Solicitor and Chartered Tax Advisor. David has many years experience of advising clients on Regulatory Fraud matters, involving the smallest to the very biggest cases.

He regularly lectures to the City of London Police on these and related issues. He regularly advises on Confiscation and other consequences that flow from money laundering offences.

Away from work, David enjoys watching his beloved St Helens Rugby League and spending time with his family. 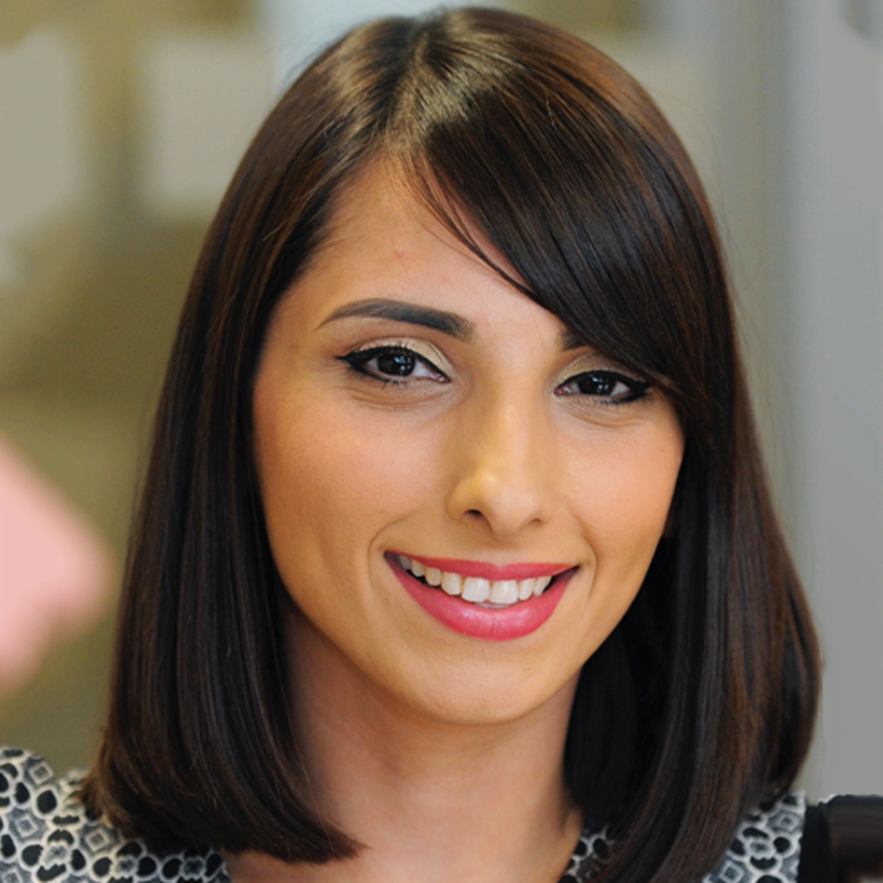 In 2007, Suky joined NDP as a paralegal. Her career there starting off with something of a baptism of fire, requiring her to be heavily involved in one of NDP’s most high profile and reported director disqualification claims arising out of the collapse of Claims Direct Plc.

Suky subsequently went on to become NDP’s first trainee solicitor, qualifying as a solicitor in 2010.

Suky takes a practical approach to her work. She specialises in a range of dispute resolution and contentious insolvency matters, and regularly acts for insolvency practitioners, directors, shareholders, SMEs and private individuals.

Outside of work, Suky enjoys spending time with her young son and indulging in the odd West End show. 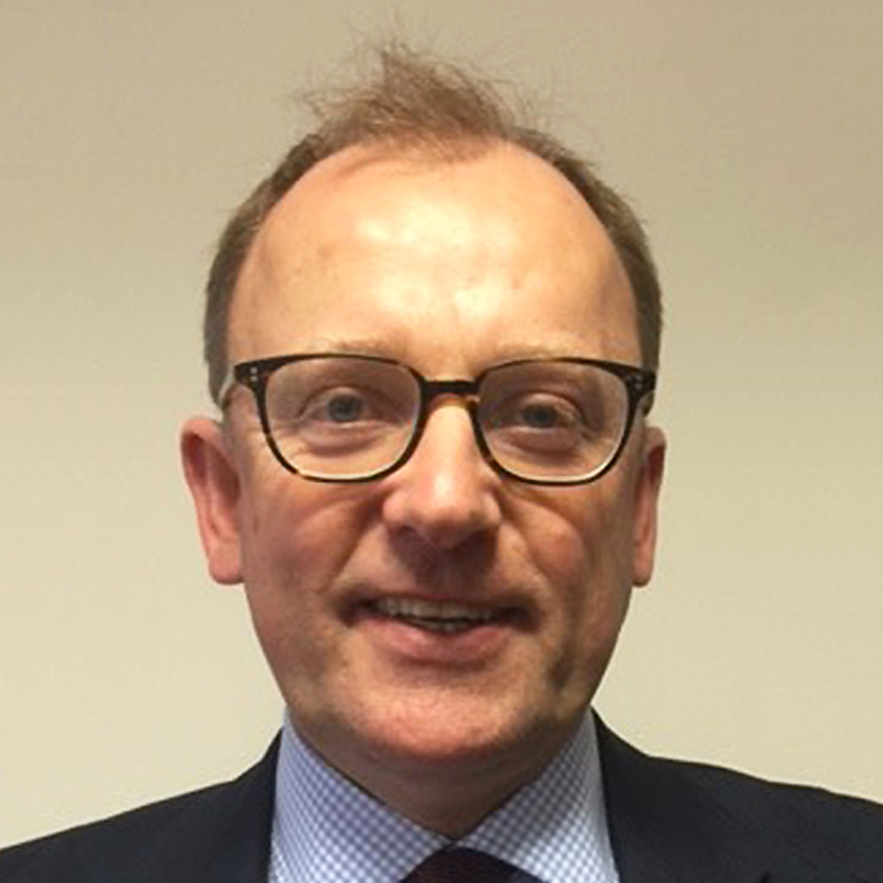 Iain qualified as a solicitor in 1998 and has extensive experience of acting for SMEs, Insolvency Practitioners and private individuals.

Iain undertakes a mixed caseload of  predominantly non- contentious Company, Commercial and Insolvency work for NDP’s clients, operating from his base in London.

Iain knows well the outcome based and client driven philosophy and values  of NDP, having worked  alongside Neil Davies in a previous life for a number of years. He works closely with the NDP team , providing invaluable ‘on the spot’ support for NDP’s work and clients in London and the South East.

Iain is particularly client friendly and enjoys getting to know  and understand the needs of clients on an individual basis. In his spare time, Iain enjoys spending time with his growing family. 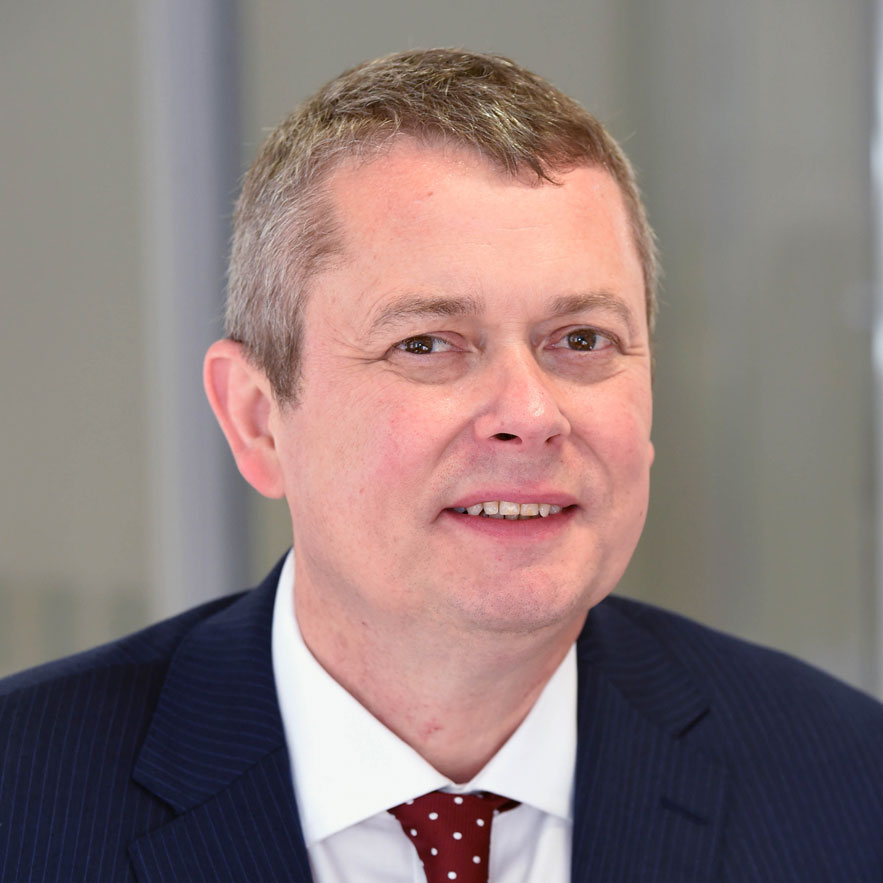 Andrew Wylde joined NDP as a Senior Solicitor in October 2019. He qualified as a Solicitor in 1991, and throughout his career he has specialised solely in Dispute Resolution.

Prior to joining NDP, he was a partner at a national firm and subsequently established his own litigation practice which he sold in 2012.

From 2012 onwards, he was the Head of Litigation at a well know regional law firm and brings with him extensive experience of a wide range of areas of dispute.

Andrew particularly likes to deal with complex matters, assisting clients who have difficult issues which may need a more creative approach to resolve.

Whether it is advising a CEO regarding dealing with a shareholder dispute, contractual breach or a professional negligence claim, Andrew feels most at home when there is a challenge to be dealt with.

As well as all aspects of Commercial Litigation, Andrew has a particular interest in disputed will and estate matters and especially enjoys helping those who have been unreasonably excluded from the provisions of a will.

Away from work, Andrew enjoys films, going to gigs and cooking. In addition, a lot of his time is spent looking after his five children! 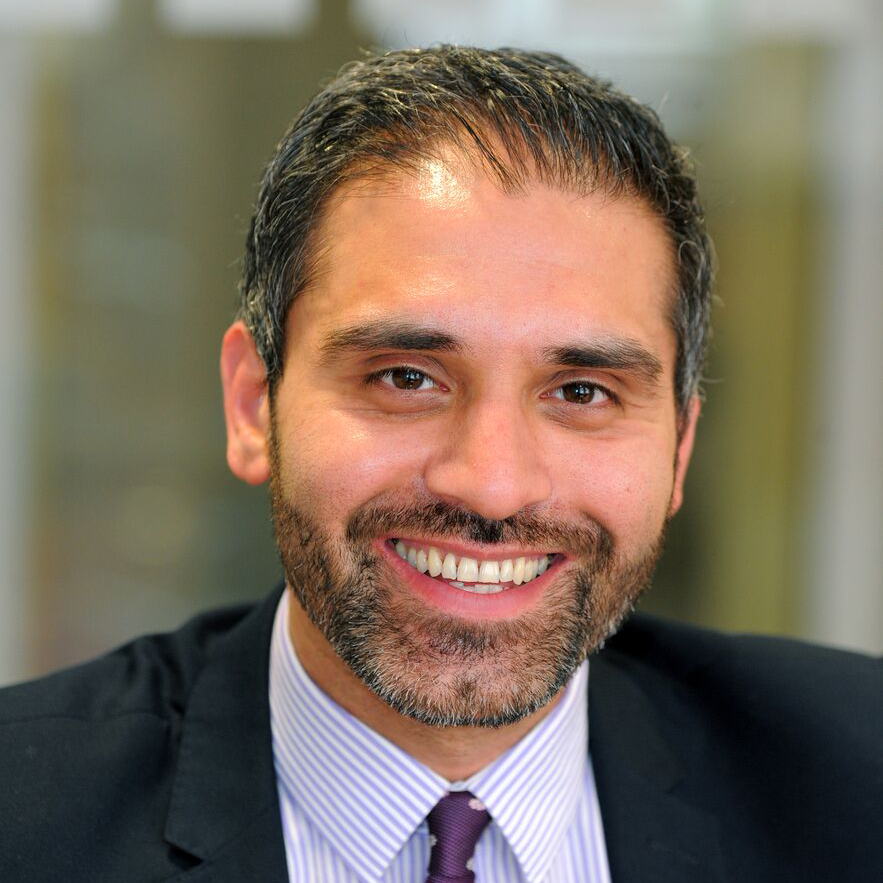 Gulshan began his career with NDP as a paralegal and later qualified as a solicitor, having undertaken his training contract with NDP in November 2011.

Gulshan regularly attends court dealing in procedural court applications and hearings. He has also been involved in high profile and reported Director Disqualification Cases undertaken by the firm issued by the Secretary of State for Business, Innovation and Skills.

Gulshan employs a determined approach in all aspects of his work, striving to obtain the best possible outcome for NDP’s clients.

Away from the office, Gulshan is an avid follower of most sports, particularly football and enjoys running marathons. His (unfortunate) weakness is Newcastle United FC, although he counters that guilty pleasure with raising money for Breast Cancer UK as often as possible. 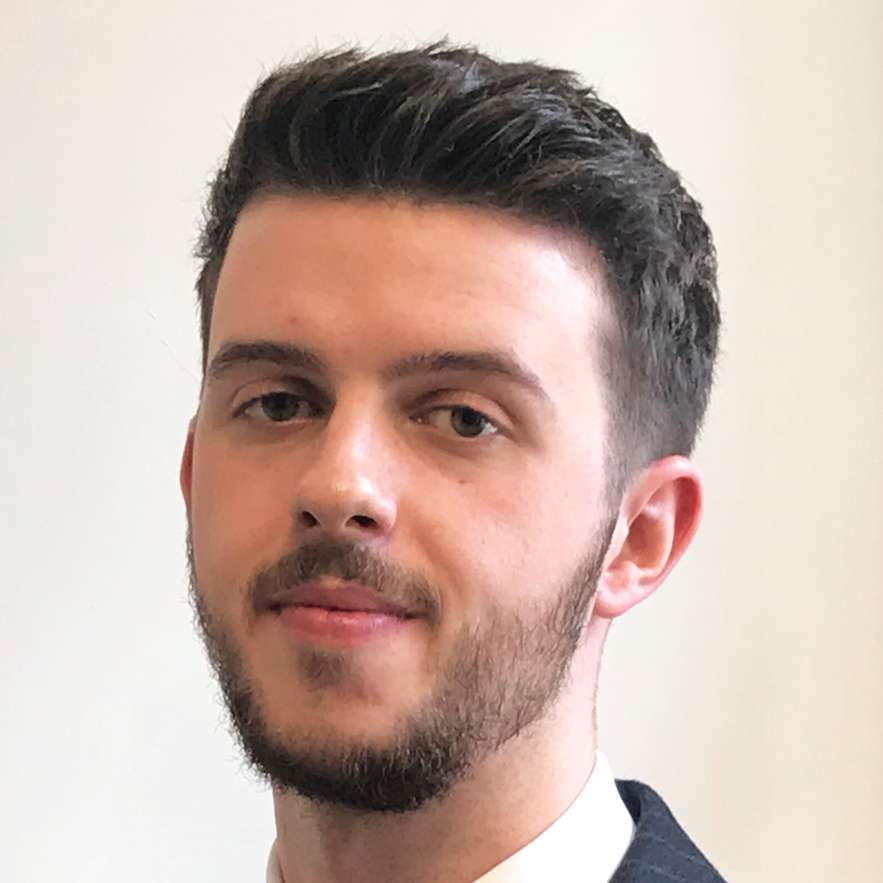 Richard obtained his Law degree in July 2016. After studying the specifics of Company Law and Insolvency Law, he became enticed to the area surrounding director disqualification and insolvency matters. In November 2016, Richard kick-started his legal career with Neil Davies and&amp;amp;amp;amp;amp;amp;nbsp;Partners, joining as a paralegal providing assistance across the firm. He is now a trainee solicitor.

Away from the office, Richard enjoys live music and plays the guitar himself whenever possible. In addition, Richard likes to travel whether it be for following music or to relish in the arts, food and culture of other countries. 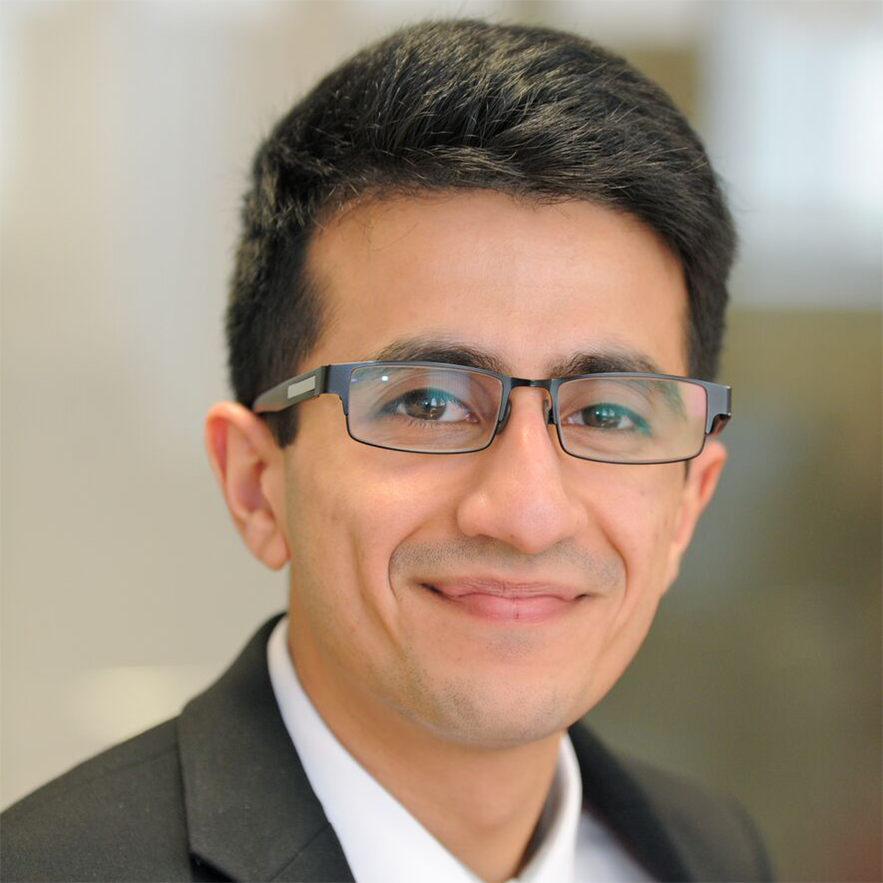 In 2015, Kunal graduated from Coventry University achieving an upper second class in LLB Law. Kunal then went on to complete the Legal Practice Course at the University of Law in Birmingham, together with an additional Masters qualification, graduating with an MSc in Law, Business and Management with a commendation

Whilst completing the LPC, Kunal volunteered as a Generalist Adviser at the Citizens Advice Bureau in Walsall, helping individuals in a wide range of issues. Kunal spent fifteen months with the Bureau before joining the NDP team as a Paralegal and then as a trainee solicitor. Kunal qualified as a Solicitor on 1st January 2020.

Kunal has also spent time in Zambia completing charity work for a local school and orphanage which was the foundation for his desire to complete voluntary work.

Outside of work Kunal enjoys reading, going to concerts, travelling, spending time with his family as well as following most sports. Kunal is a keen cricket and boxing goer and takes great pride in following the fortunes of his beloved Newcastle United. 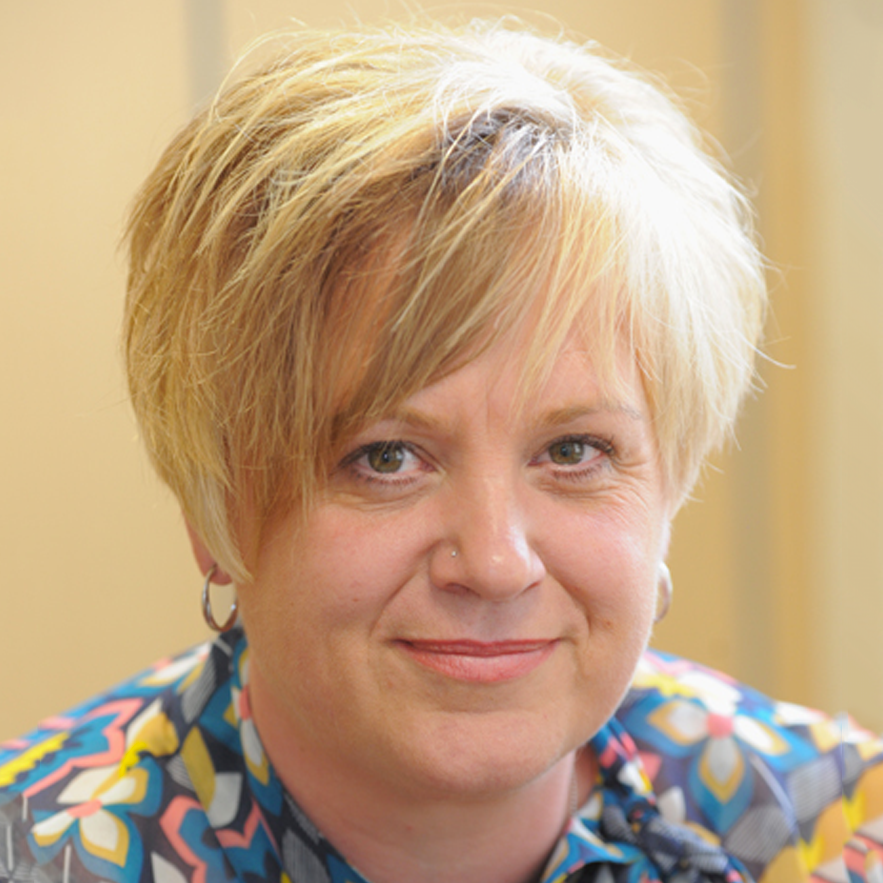 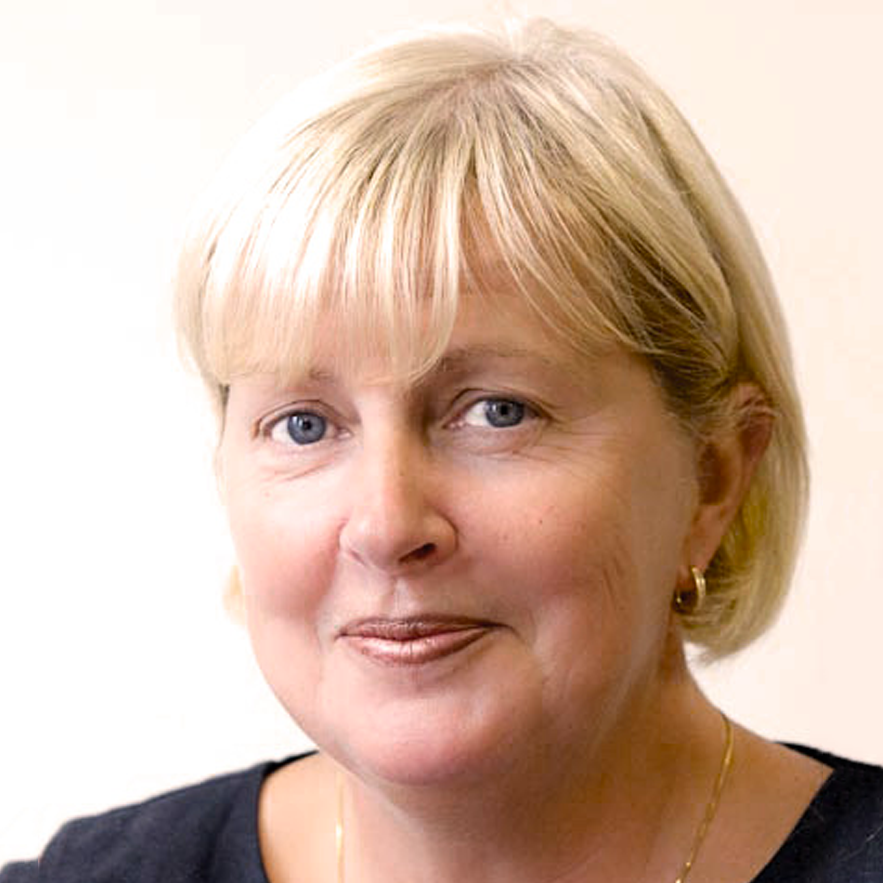 Mandy is the office manager and head of the AccountsTeam.

She has been involved in dealing with Solicitors Accounts work for over 25 years and is also NDP’s compliance officer for Finance and Administration. 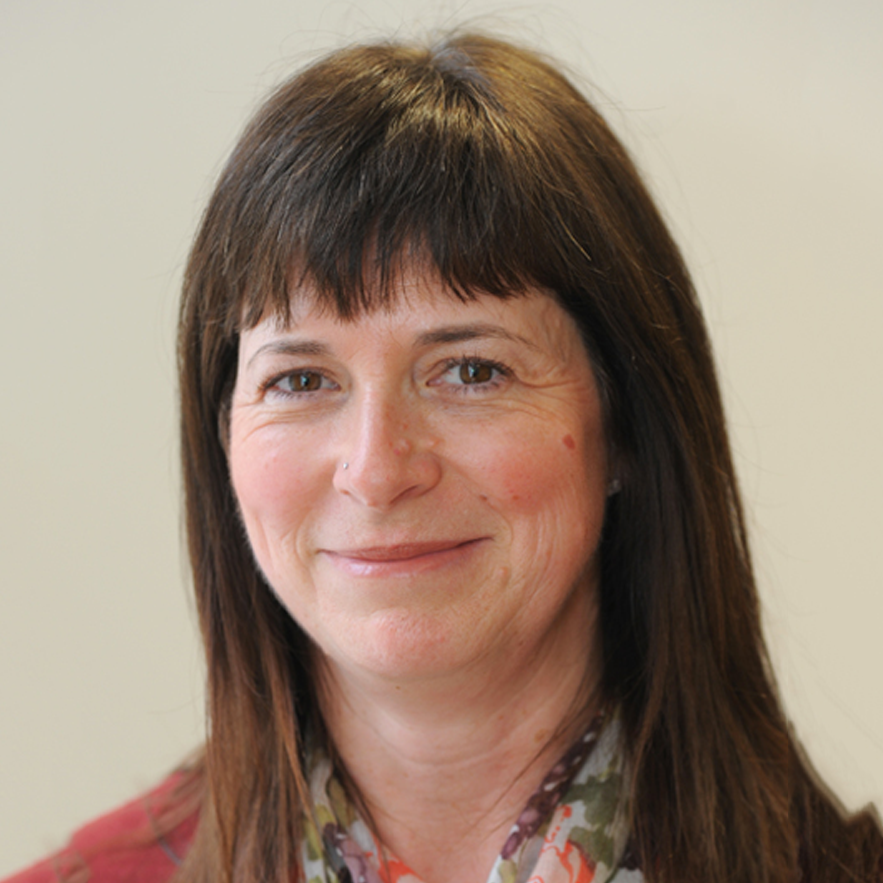 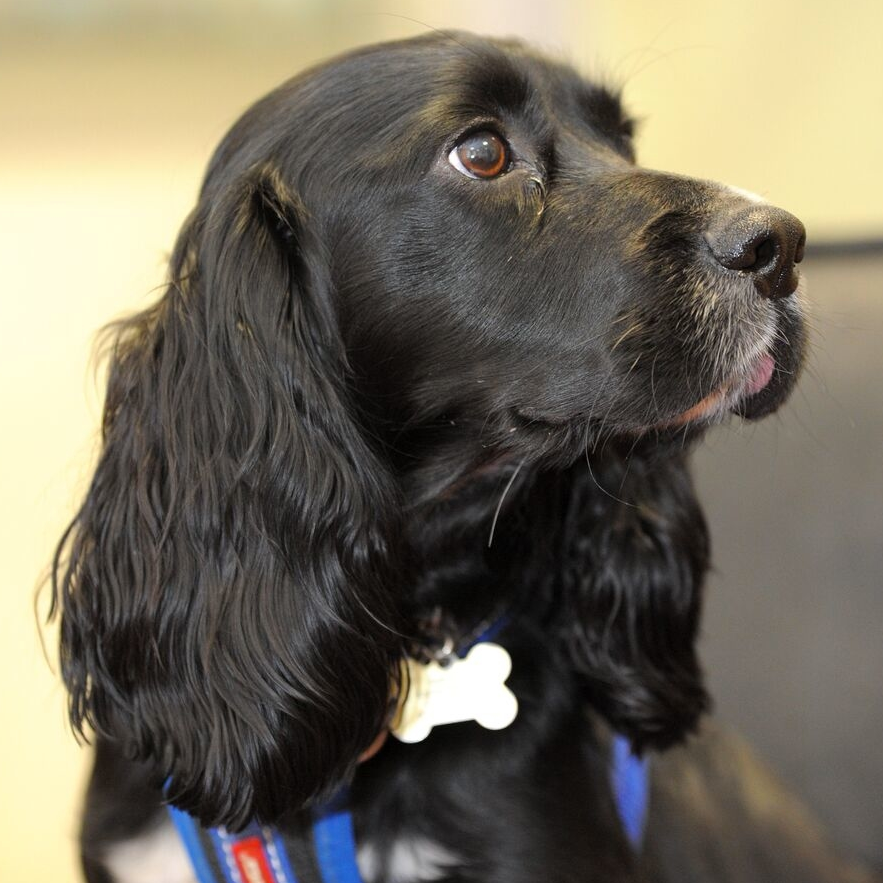 Mac brings sanity to the more stressful moments that  his co–workers suffer during the working day.

He has a particular interest in director disqualification issues, walking for miles and eating!

Increased Personal Financial Risk, Including Personal Liability for Company Tax Debts is on the Horizon. Our Insolvency Solicitors comment on this, which is more bad news for directors

END_OF_DOCUMENT_TOKEN_TO_BE_REPLACED

How to deal with the Insolvency Service Criminal Investigation Team

This case study explains how our experienced director disqualification solicitors worked to get the Insolvency Service to drop its case against our client. This was a criminal investigation and could have resulted in a custodial sentence. Read More »

Our Insolvency Litigation Specialists reduced an insolvency claim for an overdrawn director's loan account, by c.£120,000. Our client was overjoyed. A massive weight was lifted from his, and his family's, shoulders. Read More »